Keep up to date with the latest news

Travelling While Young: A Retrospective

During my time as a student at U of T’s Mississauga campus, I was a busy guy. With classes, assignments, group projects, and studying occupying most of my time during the school year and various jobs keeping me busy during the summer, I rarely found the time to travel. Sure, I made trips to the cottage each summer, and I made occasional excursions out west to visit the other half of my family in Calgary, but my years as a student were all spent within Canada.

It wasn’t until I graduated that I was able to save up some money and take a trip overseas to visit my stepbrother Dave and his family in Tokyo. I flew over there for a two-week vacation a few years ago; it was a pretty big deal for me, because I had previously never ventured outside of North America. Puerto Rico, USA was the farthest distance away I had previously travelled, and that was back when I was only eight or nine years old.

Tokyo, where I spent the majority of my trip, is a sprawling and very fast-paced city. People who live there work long hours from Monday to Friday, and this often carries over into the weekend as well. The work day doesn’t always end when you leave the office, either. A major aspect of many office jobs involves taking coworkers and business contacts out for dinner and/or drinks at the end of the day. It is quite common for business meetings to be held at a bar or restaurant, because networking and work-related discussion outside of the workplace is a big part of Japanese culture. 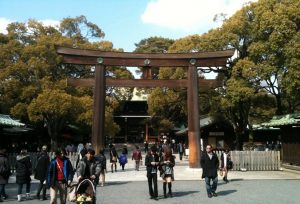 It is common for Japanese businesspeople to work incredibly hard for a number of intense years until they have enough money saved up to retire comfortably. Stress is a major factor both in Tokyo and in other densely-populated Japanese cities, and suicide rates are among the highest in the world, but if one can hang in until retirement they’ll be home free. Old age in Japan is primarily a time for relaxation and attending social events with family and friends. The elderly are very much respected in Japanese society, and it is traditional for younger members of an extended family to accommodate them and take care of them.

My trip to Japan lent me a new perspective on working life, and on life in general. I think I could handle 50+ hours a week if my job demanded it of me, but for now I’m happy in my current job. My stepbrother is one of the lucky ones in Tokyo who is successful but is still blessed with plenty of quality time with his wife and sons, but there are many people out there who are not so fortunate.

So, to all the young adults reading this, I offer you the same advice that my stepbrother gave me during my visit to Japan: Travel while you’re young, because you might have less free time to do so later in life. Better yet, if you can land a career in the travel industry you’ll pave the way for even more chances to explore our big, beautiful world. 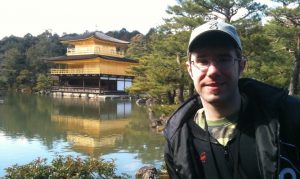 Dan is a Sales and Marketing Development Associate at Baxter Media. He previously majored in Communications (CCIT) at the University of Toronto.

Welcome to Travelbestjobs.com. Baxter Media has been in business for 70 years, and we are pleased to offer this service for those seeking employment in the travel and tourism industry. Travel organizations, travel agencies, tour operators, hotels and other travel-related organizations post their vacancies for interested candidates to view and respond to. Open positions are also featured in the back pages of Travel Courier magazine. To read all of our publications, including Travel Courier, visit Travelpress.com.

Subscribe to our Newsletter
© BAXTER MEDIA 2022. All Rights Reserved.